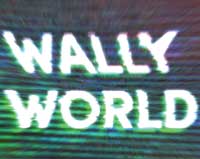 "...Gomez keeps his focus on the staff and the funniest moments come from their dealing with annoying and self-absorbed customers--complaining about the pharmacy being closed, heading to the registers after the store has closed, messing with the end caps, even defecating in the aisles. The best parts of the writing, though, home in on the whole notion of essential workers, especially given that working retail right now means putting yourself at risk. That probing of what we lose when we treated such employees as interchangeable or disposable is where Wally World goes deeper than Superstore, the popular TV show with which it shares a setting and a comedic impulse."

"...But while the cast is excellent and the dialogue sharply recognizable to anyone who has worked in a big box store and/or suffered through a mandatory company holiday party before their shift starts, "Wally World's" impact is diluted by too many plot lines."

"...It's still relatively rare for plays about everyday working people-or at least, ones that don't treat them solely as one-dimensional victims of nefarious market forces-to be produced in American theaters. (Weird, since workplace comedies do so well on television.) I really hope that Wally World gets a full production with Steppenwolf once it's safe to do so. Meantime, if you've got the time to spare over the holiday, I suspect you'll enjoy getting to know these characters."