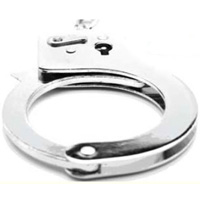 "...Celebrity Row is a mess, but an interesting mess. Moses hasn't yet figured out what he wants his new play to do, nor how to do it without changing the rules so many times that an audience starts craving early parole. And he gets trapped by one of the dangers of any play involving prisoners, wardens and a vulnerable female lawyer who get drawn into their web. You could call it "The Silence of the Lambs" problem, but it goes deeper. It's tough to find much new to say about mass murderers. Hollywood has cooked 'em to death."

"...The first act of this 2006 play is as tense, brilliant and seductive as "The Silence of the Lambs." The second act, involving a mock American family barbecue and hostage-taking, loses its way, though thankfully Moses -- who clearly is intrigued by the ferocity and twisted intelligence of each of the terrorists -- refrains from glamorizing them. Under David Cromer's whip-smart direction, the airtight ensemble of take-no-prisoners actors delivers such riveting performances you might begin wishing there were a protective wall between the stage and audience."

"...it tells its story, about an imagined rebellion at the Supermax prison that housed Timothy McVeigh and other celebrity criminals, with a sort of bold ambivalence, never settling into a comfortable moral narrative. In David Cromer's sharp, smart production, putative certainties are upended so often they spin."

"...This is a very intense play, but there are funny moments- in particular the first scene of the second act that takes place BEFORE the very first scene in the play ( a flashback that gives a little insight into Maze, our good hearted Lawyer). There is a prison take-over with hostages, a planned bombing by the prisoners and a lot of insight into each of these men and their situations in life which brought them to where we are- in prison.Moses creates a different look at each of these "mad men" and makes them more human than we would have expected them to be."

"...the show stays engaging despite its flaws because Moses has a hold of something. His meditations on justice and ideals may not have found their ideal theatrical form yet, but theres plenty to tease the mind and move the emotions. Thats why, for all the problems, this is a play worth seeing, and Moses a playwright I hope we see often in future seasons."

"...Every last one of these actors is brilliant, as was already stated, but it must be noted that the audience will leave the production both terrified and, possibly sleepless with the eerie similarity and tortured-ness that Larry Neumann, Jr. brings to the role of Ted Kaczynski."

"...Director David Cromer assembles a brilliant and picture perfect ensemble of actors to render these notorious criminals as well as their captors and well meaning defenders. Moses presents a script that is as erudite as a doctoral thesis on crime, punishment and fundamentalism. Cromer and casts exceptional theatrical IQs bring this riveting treatise on the failures of the judicial system, and society in general, to life in this stark and emotionally vibrant drama."

"...Simplicity itself, Cromer's production achieves an impressive tension between the eerie austerity of the prison (suggested by Andre LaSalles sleek, all-white set) and the seething rage of its inmates. A superb cast of killers manages to convey what is both dangerous and pitiable about assuming the role of societal bugbear."

"...While I found some of the speeches a tad too long, especially Kaczynskis diatribes on math and social order, and some of the act two plots twists a little hard to swallowCelebrity Row delivers a dramatically powerful discourse on the nature of crime and punishment in the turbulent 21st Century. This show will spark debates. It is worth a look."

"...Larry Neumann, Jr., one of Chicagos best actors, is right at home playing multiple roles, forcing lightning quick changes. Hes the master mathematician and Unabomber Ted Kaczynski. With a quick change of costume hes an attorney and an FBI agent. Christopher McLinden is the paranoid Timothy McVeigh and the turncoat guard, without even changing costume. Usman Ally gives a powerful performance as Ramzi Yousef, a Muslim who is nearly choking on his own philosophy and forced to submit to violence in the name of Allah."