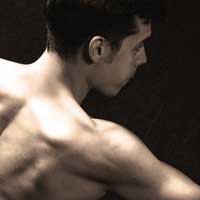 Average Rating based on 13 reviews

"...Berry has a bevy of character actors on his roster here. All pained paternalism, Norm Woodel acts as a useful moral beacon, while the likes of Paul Popp, Morgan Maher and, especially, David Cady Jr., provide color and comic relief. This capable director's transitions are stylish. As Odets wanted, Berry uses Joe's music to get us from scene to scene, even if that does not get connected very explicitly. However, the decision by Berry and his designer Dan Stratton to keep the locales essentially homogenous comes at a price with a show this long and fulsome: There is something about the physical production that resists the sweep of the story."

"... Three cheers for all the champions in the ring  and there are many of them  in the knockout revival of Golden Boy, Clifford Odets 1937 classic, now in a Griffin Theatre production staged at Theater Wit."

"...Though director Jonathan Berry succeeds in capturing Odets's ear for the vernacular and colorful sense of place, his actors' frequently flat performances have all the personality of stock art. Patrick Blashill, playing Joe's father, is one key exception-his struggles feel real, while the rest seem like problems from a thought experiment."

"...Played against Dan Strattons flexible background of wood and glass panels, stylishly lit by Rebecca Barrett and dressed to the teeth by Mieka van der Ploeg, Jonathan Berry offers a solid, entertaining production of this American classic that impresses through and through.

"...The large 15-actor ensemble has its ups and downs, with some of the supporting cast either swallowing or overplaying the pugnacious poetry of Odets's rat-a-tat dialogue. Santana and O'Keefe, though, attack the language in all its slangy, florid glory. They make fine sparring partners; even when Joe and Lorna finally embrace a life together-"We have each other! Somewhere there must be happy boys and girls who can teach us the way of life!" Lorna exclaims-you can hear in the music of their voices that some part of them knows they're already down for the count."

"...Golden Boy bears out the axiom that there are no small roles in theater. This production is spiced with fine supporting work: Jason Lindner as Joes trainer Tokio, who both conditions and coddles this temperamental contender on whom everyones hopes and a lot of cash are riding. John Connolly gets right to the annoying essence of Roxy, the loud-mouthed backer who never bothers with subtlety when theres a ham-handed option."

"...Golden Boy is a powerful look into the dilemma of choosing which American dream to follow. Each generation gains insights from this classic social realism piece. The tough dialogue made stronger by the distinct lack of profanity impresses audiences. Odets teaches playwrights that four letter words are a lazy writers cop out. I could hear Odets' words flow on stage for hours."

"...Clifford Odets is a writer that many younger theater audiences will not recognize. His works include Waiting For Lefty. Awake and Sing, Paradise Lost and his movies The Country Girl Sweet Smell of Success and The Story on Page One among others. These were classics in their day and Griffin Theatre Company has taken on one of the most famous  pieces, Golden Boy as a highlight of their 25th season. Golden Boy takes place in a real world, gritty atmosphere of a world that most of us only hear about; that if the prize fighting world. It is the story of a young man, Joe Bonaparte ( a powerful performance by Nate Santana) who goes against his fathers wishes and dreams so he can become somebody. It is his fathers dream and ambition that Joe become a concert violinist, but Joe prefers the boxing ring, where he can rise above his peers quickly and win adoration from the masses."

"...Such incendiary material, though, would not work without proper staging and excellent acting, and in many ways, director Jonathan Berry and his designers approach Odets play in the ideal way. Using a stripped down, barebones stage, Griffins production involves little more than two doors, several benches and tables, and a large glass wall that serves as the backdrop, and such an approach leaves little to the imagination; its just us and the actors, us and Odets language of anger, desperation, and poetic anguish. And Berry certainly directs a talented roster of performers, who all make Odets dialogue sing. Though every performer was strong in their own right, I was particularly impressed with Nate Santana (whose transformation as Joe, from cocky go-getter to egotistical champ, is painful to behold), Mark Pracht (whose physicality and forcefulness deftly contradict the sweetness of his Moody), and especially Norm Woodel (whose saddening gestures and mannerisms, as Bonaparte  Joes father  threaten to steal the entire production)."

"...The entire huge ensemble brings back the 1930s in a dynamic way. The conversations are snappy. The interactions motivated by personal gain. Odets dated dialogue could be offensive.  Women are bullied by their domestic partners. Berry teases out the humorous angle in the romantic entanglements making the threat less volatile.  Instead of a menace, Morgan Maher (Siggie) comes off as a sweet lug.         "