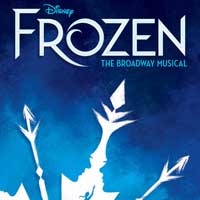 "...Overall, its certainly an enjoyable piece of deftly executed family entertainment, delivering very much what families have come to see, reindeer and snowman and all. Sven has always been my favorite character and even he had a particular post-pandemic spring in his step."

"...Elsa, played by Caroline Bowman, is an imposing force with a show-stopper voice that is able to breathe new life and zest into the overplayed Let It Go. Elsas character, the queen who flees after accidentally freezing her kingdom with powers she cant control, is less broad than her sister Anas, but Bowman makes the most of the one-note brooding shes been assigned."

"...But dont worry; the touring production of Frozen now onstage in Chicago isnt Ingmar Bergmanesque gloom and doom. And it may be the perfect family outing (provided you and the kids are vaxxed or can provide a negative COVID test) for this holiday season. Judging by the happy excited reactions around me on opening night, a lot of people have been waiting to see this show in particular."

"...As surely as we need a soul-warming thaw in this long pandemic winter, the glittering and heartily human musical fairytale "Frozen" brings that welcome heat to the Cadillac Palace. An all-out production that dazzles the eye even as it connects with emotional truth, this touring show stamps a capital B on Broadway in Chicago - a clever and generous extravaganza bursting with magical effects, buoyed by terrific singing and driven home by nuanced acting."

"...With original songs like Do You Want To Build A Snowman?, The First Time In Forever, and the iconic Let It Go, this Broadway In Chicago production is sure to please. Frozen is an enchanting love story of a sisterly bond that will thaw the heart of anyone who doesnt believe that love conquers all."

"...The glitz, the glamor, and the icicles are back! Disney's "Frozen", the Broadway hit musical, has returned to the Cadillac Palace Theatre for a limited ten-week engagement. Just around the time of year when Chicago's icy cold wind ("the Hawk") blasts the city from Lake Michigan, we witness the fanciful re-creation of Jennifer Lee's original story about two sisters who live in a country called Arendelle, an enchanted land of ice and snow. We follow the lives of Elsa and Anna, who are heirs to the throne, with Elsa having a peculiar gift: the ability to create a frozen world of glistening crystal. But when uncontrolled, she can easily turn a heart or a body into solid ice."

"...For all their imaginative power, audiences probably expect characters to be drawn very close to the standard images of the types they play. But good actors on stage can fill just about any role, and the diversity of the cast in the stage version of Frozen attests to it. Bravo for all that. Get your grandma to buy you tickets, but, please, at least offer to pay for your own dinner."

"..."Frozen" is a big, splashy musical fairy tale with a lot to recommend it. A heartwarming story, told by an excellent hard-working cast of ever-smiling actor/singer/dancers, and directed and choreographed by two accomplished theatrical professionals, make this Equity production a gem, as shiny and polished as ice. However, for all its glitter, glitz and starry girl power, this lavish show, despite its charming characters and unbelievable magic special effects, somehow lacks some of the warm connection found in other Disney musicals for the stage."

"...Frozen is full of joy, and the eye-popping scenic design touches elicit uproars of laughter and applause. For example, In Summer, Olaf's big solo, features Haynie's talents in puppetry. The song offers a window into Olaf's big dream to experience the warmth of summer - ignorant to the fact that this season could lead to his demise. He is surrounded in this moment by piles of snow and ice; however, as Haynie starts to sing, we see the set pieces transform to reveal his fantasies of umbrellas, sandy beaches, and sun. The sparkly blue backdrop switches to a warm orange, and birds start to fly through the space."