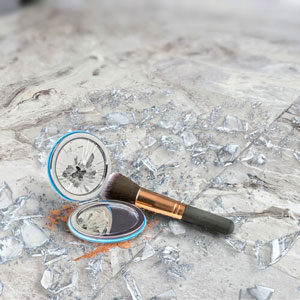 "...Written by Spenser Davis and directed by Brittney Brown, "Primer" uses humor and a hint of satire to question society's priorities. Separate scenes combine different groupings of its eight disparate characters for everyday chatter amidst the rubble. Like people everywhere, their concerns often run to the mundane and banal. The vacuous banter between some breathlessly bubble-headed Valley-Girl wannabes ("ab-sa-freaking-lutely") is played for laughs; but, the macrocosm is never far from the surface. Maybe that's part of the point: no matter how self-absorbed, and even inane, we tend to be in our quotidian existence, there comes a time when we can't ignore bigger, more serious things. Here, those things pivot on racial and social equity."

"...Primer is a rewarding, well-made audio experience, but its also a tough listen, and intentionally so. The radio play format serves as an effective vehicle for opening the imagination to the rage caused by race, class, and gender discimination, and the fury that builds over time as the world mindlessly moves on without effectively dealing with injustice. We can listen and relisten, pause the action, think for a while, and return."

"...It can be difficult to distinguish between characters in an audio play, but with the expertise of this talented cast, we can piece each character out of the group. During specific moments, multiple voices argue with each other. Mary's strong, no-nonsense voice gives us an image of a store manager who should really be an army general. Jerrod's nervousness and goody-two-shoes demeanor is easy to pick out. The valley girl-esque voice of Kennedy cuts through the shouting, reminding us she's there. Regardless of who they are, we feel compelled to listen to their stories, especially since this play is about the real-world events we all experienced in 2020."