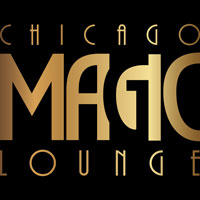 "...The comedy and magic that Nick Diffatte performs arent new, being mastered by greats like Penn & Teller, but he has perfected a unique style that has landed him awards and comedy ventures across the world. His combination of comedy and magic is a treat that we believe you and your friends will enjoy."

"...The Chicago Magic Lounge is proud to present Nick Diffatte as part of their "Artist in Residence" series. A white-bread magician from Minnesota, Diffatte strikes us initially as an offbeat sort, who delights us with the basics: his playful use of cards, a bit of juggling, a bit of mentalism and mime, and the like. But what makes his magic act distinctive is the way he injects humor and self-effacement into his performance of stage magic. His interweaving of comedy into his acts of deception is fluid and well-timed. His premises are clever; his jokes are appealing; his shtick is funny (if not naughty on occasion); and he widely involves audience members in his act. "I've never met you before, right?""

"...Magic is misdirection, and Diffattes take on misdirection is to be so captivating and clever that you almost forget youre in the middle of a magic show. He sets up the trick and then plays with the audience, so we laugh through the moments when we should feel the tension rising, and then he delivers something wildly different and altogether unexpected."

"...Recently awarded "Comedy Magician of the Year," and thanks to Diffatte's preceding reputation, I expected I was in for a night of laughter and illusion, but I was truly caught off guard by just how understated yet out-of-control his act was! As the time-honored illusionist phrase goes: "Now you see me, now you don't," Diffatte's limited Chicago Magic Lounge Artist-In-Residence engagement only runs through late December, so make sure you "see" him!"