I Am My Own Wife Reviews 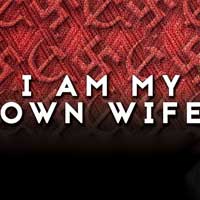 I Am My Own Wife

About Face Theatre at Theater Wit

"...That quiet resolution and complexity is at the core of Kropp's understated performance, which dominates director Andrew Volkoff's new production at About Face, the same company, albeit under different leadership, that worked on this show in 2003 with director Moises Kaufman. Not only does Kropp look very much like the photos of Von Mahlsdorf, but she evokes that personality of the determined rebel laced with a smidgen of expediency."

"...Initially devised as a one-person play (which is how it first made its mark when it had its pre-Broadway debut at Chicago's Museum of Contemporary Art in 2002, with an unforgettable performance by Jefferson Mayes), the work is now receiving a revival, in reconfigured form, by About Face Theatre, which was crucial to its original development process."

"...Although the play was written as a one-person show, director Andrew Volkoff casts four actors for this "reimagined" About Face revival-an improvement insofar as the 40-something characters aren't all stuck in the same dress. Transgender actor Delia Kropp's measured, mystifying turn as Von Mahlsdorf saves the evening."

"...Kropp brings both an admirable understatement and a perhaps inevitable sense of authenticity to Charlotte; with the virtuosic transformations of the one-man show removed from the equation, Duff's equally savvy performance shows how Wright doesn't flatter himself, occasionally acknowledging his own self-serving writerly hopes. Holzfeind and Baba provide fitting support. Volkoff's reconceiving (which also benefits from gorgeous design work by Brian Prather, John Kelly, Vivian Krouse and others) isn't likely to usurp Wright's original, but it makes for a provocative contrast."

"...The bold casting works well: Kropp's sometimes impassive dignity is a forceful presence in a plot that needs no artificial excitement to hit home. What galvanizes the action-which unspools in scenes announced with Brechtian projections-are the two views we get on Charlotte: her sometimes self-serving narrative and the growing respect and wariness of the playwright (Scott Duff) and his editor (Matt Holzfeind). Slowly they discover the disturbing contradictions and complexity of a self-made woman steeped in deception. (The fourth acting triumph belongs to Ninos Baba, who deftly plays a gallery of German and American reactors to the Mahlsdorf saga.)"

"...If there is one reason to see About Face's new staging, it is the performance of Delia Kropp. As Charlotte von Mahlsdorf, Kropp crafts a performance that is both mercurial and genuine. Von Mahlsdorf at times is nonchalant in telling some of the more fascinating moments of her life, while others-such as details about an attic where men and women, gay and straight, occupied their time on various beds and couches-are savored with a wry coyness. Her portrayal is powerful and alluring, drawing you in like the Mona Lisa's smile."

"...As a pair, Kropp and Duff showcase an excellent chemistry that becomes an honest friendship. Duff portrays Wright with a beautiful amount of excitement and curiosity that grows over the course of the play. I believed his pure investment in Charlotte's story, and every time he returned to Germany to continue his interviews, Duff increased the sense of desire and passion for the story that clearly consumed him. Kropp was simply lovely, and added an incredible honesty to the story in this historical moment as a trans actress playing the famous transgender woman."