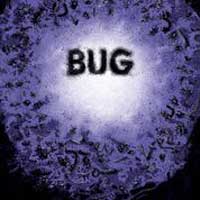 "...Somewhere safe. A space where you know you're protected - or at least somewhat sheltered when the world unleashes plagues or drought or rising oceans or any other of life's endless cruelties. It's that universal, primal craving for refuge that drives the bloody, unconventional love story at the infested heart of Tracy Letts' drama "Bug.""

"...The sustainable prevalence of Bug's central themes-loneliness and love, paranoia and drug use, class and conspiracy-have maintained the production's cult classic status since the play first premiered in London in 1996. A young drifter named Peter (Smallwood), a homeless veteran of the first Gulf War, finds unlikely but welcome respite-however short-lived-with Agnes (Coon). Agnes, a divorcee 17 years Peter's senior, is living in a motel room, working as a waitress, and generally trying to avoid her abusive ex-husband, Goss (Key)."

"...The spacious Steppenwolf stage could be expected to undermine the claustrophobic urgency necessary to draw us into the mindset of the fugitives, but scenic designer Yakeshi Kata, lighting designer Heather Gilbert and sound designer Josh Schmidt have crafted an interior landscape as microscopically stark as an Edward Hopper painting, focusing our attention on its smallest details to immediately invoke a surface plausibility that never veers into X-Files caricature. For proof of its success, you have merely to note the point in the two-hour (with intermission) running time that spectators who giggled comfortably at the drolleries of these terrified proles suddenly fall so silent that you can almost hear the walls listening."

"...Bug would be worth seeing as merely a gripping lurid shocker, but it actually contains a tinge of dramatic credibility; all that paranoia and dementia are not just the product of the playwright's skill at fabricating mistrust, suspicion and terror. Just pick up a newspaper or watch cable news. Letts is a current-events chronicler as much as the author of a must-see slice of theatrical creativity."

"...There were certainly bits of humor along the way which, thankfully, broke the intensity. This play is very much in keeping with the Steppenwolf approach to humor - it sneaks up when you least expect it."

"...What makes this show so interesting is that Peter brings Aggie into his delusion. As the action focuses more tightly on their relationship and his power of suggestion over her, that is the moment when we in the audience reflect on our ambivalence towards them."

"...This play by Tracy Letts, originally produced in 1996, is its own brand of contagion. Amanda circa 2020 would have been enraptured in this twisty maze of human psyche, but COVID-19 survivor Amanda had the opposite gut reaction. "Bug" doesn't feel like a comedy of any kind; it feels like an expose on the fragility of the human condition. The all-consuming nature of conspiracy or paranoia, known all too well by some people in my life, elicits a familiar sadness fueled by the failings of our very real, offstage world."

"...David Cromers sensational remount of Tracy Letts almost prescient horror story is absolutely magnificent, and a must-see. His production focuses on two lonely outcasts from society, brought together by their mutual need for each other. The drama joins Agnes and Peter together in a story of love, desperation and survival, set amidst a background of drugs, violence, paranoia, psychotic delusions, supposed secret government experiments and conspiracy theories. Slowly Agnes sinks into the morass of madness with Peter, as she totally gives herself over to the man shes come to love."

"...Tracy Letts' "Bug" beckons audiences back to Steppenwolf live and in-person. This gripping psychological drama tells the story of Agnes (Carry Coon), a drug-addicted, alcoholic waitress marooned in an Oklahoma motel room, consoling herself by staying high, and hanging out with her girlfriend, R.C. (Jennifer Engstrom)."

"...I saw BUG about a decade ago. The gift of live theatre is that it's always different. This Steppenwolf's production took me on a different journey to the conclusion. Under Cromer's interpretation of Letts' story, it was a completely different BUG. I was still bitten but had a different reaction. Especially now in this climate, this BUG shows us how things can fester into an irrational fever."

"...Under Cromers skillful direction, Agnes and Peter descend into an ever-growing delusional state of constant anxiety, slipping into chaos. Here Smallwood, Engstrom, and Key shine. They enter Agness world, hovering and intruding, always a little too close, building the sense of unease. Its this sensethe feeling we get watching Coon as she delivers her take on the transformation from possibility to paranoia, Agness metamorphosisthat shocks and lingers."