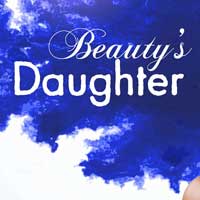 "...The director, Ron OJ Parson, goes much further with the musicality of the work than most productions I've seen, even to the point of projecting some of Orlandersmith's poetry on Paul Deziel's video backdrop, sitting above the realistic domesticity of Caitlin McLeod's setting, making the familiar strange in the most intimate of settings."

"...Think of it as a living portrait gallery in which a single extraordinarily gifted actress alters every aspect of her being - face, body language, voice, accent, race, gender, temperament and relative state of intoxication - to capture six different people within the course of just 85 riveting minutes. And there you have it: The electrifying theatrical magic finessed by Wandachristine, who is now starring in the Chicago premiere of "Beauty's Daughter," the one-woman (six character) show by Dael Orlandersmith being presented by American Blues Theater."

"...Chicago's Wandachristine, who performs Beauty's Daughter in American Blues Theater's current revival, is in many ways Orlandersmith's polar opposite. She's lithe and unassuming. Nothing about her intimidates or towers. And when it comes to creating characters, she's as demonstrative as Orlandersmith is reserved."

"...When life is lived this close to the bone, to befriend it is to risk being consumed by it. Orlandersmith's candor, with its refutation of tribal values, makes for a delicate line to walk, but solo performer Wandachristine, under the direction of Ron OJ Parson, navigates the nuances of expatriate guilt and triumph with the agile grace of those choosing re-invention over inertia. The resulting spoken-word panorama is enhanced by vivid sensory images, courtesy of an all-star technical team assembled for this American Blues Theater production, ensuring our understanding ( and our approval as well ) of the hard road taken by such proud pilgrims."

"...Not all six characters will register with their hearers. Sometimes the script's specifics overwhelm rather than crystallize the sentiments at stake. But what Wandachristine drives home-along with the off-rhythms of half-baked lives-is the cumulative sadness of six survivors. That may be revelation enough."

"...All of the above, the character, six in all, depict Diane's struggles and her Harlem associates. Wandachristine, in one of the strongest tour de force performances I have ever witnessed, efectively ebodies each charter, men, women, old and young with stunning acurate accents, gesturs, vocal tones in he course of delivering a powerful solo show. The writing contains vivid imagery, exceptional thythms and smart allusions. Thes characters would be difficult to cast and almost impossible for an African-American women to play. But Wandachristine skills, craftmenship, and full comittment gave her an edge that comes across wonderfully. She becomes all six characters as each depicts the life struggles of Harlem existence. Wandachristine's performance eeks of honesty and sincerity; she is a force of nature. She proves that she is among the finest actors working on stage today! She makes Orlandersmith's lyrical writing come alive. This is 85 minutes of brilliant storytelling by two geniuses: Wandachristine and Orlandersmith."

"...Watching Wandachristine work and listening to the words written by Orlandersmith made me understand the characters and at the same time think back to the stories that we heard from story-tellers such as Studs Terkel, who told us of his youth on Division Street and did the great interviews that were transformed into "Working". Last year, Chicago had a special series of "Solos" performances , which drew a great deal of attention. This is as good as one could ask for and will educate and entertain you. The people are "real" and the presentation is almost musical in its mixture of poetry, music, and feeling!"

"...The subject of Beautys Daughter is East Harlem, its inhabitants and their struggles, which mostly consist of dreams destroyed or deferreda budding writer who cant finish his term paper because hes too busy dealing weed to support his family, a former star struck blind and left shining shoes and panhandling for a living, a young man who now despises the high school sweetheart he married. The one sweet spot is deceased Mary, who reminds us the dead can talk if we listen."

"...But Orlandersmiths writing would not sing without a talented actor and director, and in American Blues Theaters production, Wandachristine acting and Ron OJ Parsons directing are both sublime. Whether she is embodying the varied characters of Orlandersmiths Harlem or bringing passion and eloquence to the shows poetry, Wandachristine is an utter joy to behold, and her acting encompasses a remarkable range of emotions and moods. And as he has done with so many other plays about the Black life, Parsons direction is patient, nuanced, and above all else, genuine, never pushing the material and allowing the characters to breath."

"...Crucially, Wandachristine makes Diane a very likeable figure, even when shes at her snarkiest and most neurotic and cruel. She also has a very talented tech crew to help her maintain the pieces various tempos. Interspersed among the monologues are excerpts from Orlandersmiths poetry, read by Wandachristine, which introduce each character by focusing on their earthy, bloody physicality."