The Tragedy of Othello, the Moor of Venice Reviews 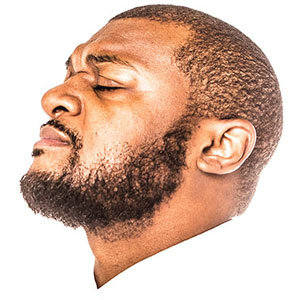 The Tragedy of Othello, the Moor of Venice

"...Most of the time here, they appear to be consumed by their inner thoughts and trapped by barriers of their own construction on John Culbert's set, a design that wants to embrace not being a design at all. They watch each other as if at a sad and sculptured remove; the stylized movement makes it appear as if they are no longer alive, at least in the usual humanistic sense. The sensuality - this typically is Shakespeare's most sensual play - is mechanical and cold."

"...Co-directors Charles Newell and Gabrielle Randle-Bent emphasize the interiority of the main characters, trying to expose their inner thoughts not just by visualizing them, but also by, counterintuitively, taking away some of the original language where they tell us what they think. This effectively transforms lots of text to subtext, which both shortens the play to a 105 intermissionless and fast-moving minutes, and draws us into the action of their thoughts."

"...The Tragedy of Othello, the Moor of Venice is a dynamically engaging, crisply edited, jarring production. Seasoned viewers of Shakespeare may find new appreciation for the work, and the uninitiated will find a compelling portal into the works of the Bard through this cautionary tale about frenemies and self-awareness."

Chicago On the Aisle- Somewhat Recommended

"...Othello is a battle to the death between two warriors, only one of whom knows hes engaged in the struggle. The play is about Othello only in the sense that he is the powerless manipulated object of certain ruin. Apart from reacting to Iagos simmering innuendoes, Othello doesnt really take action  with the key exception of suspending his officer Cassio after a brawl. The dramas progress, the nefarious process of the great generals disintegration, is sustained by Iago. So well is this shadow contest played out by Kelvin Roston, Jr., as Othello and Timothy Edward Kane as Iago, that one almost forgets how Shakespeares intricate play is at the same time being eviscerated by the directors choices."

"...The Court Theatre artistic management is giving William Shakespeares great tragedy Othello a startling makeover. The play has been condensed into a single 110-minute act. The physical and textual results may earn praise from many viewers for their unorthodox exploration of a complex drama. Others, myself included, may admire the risk-taking production that challenges our previous exposure to The Moor of Venice, but still leave the Court feeling the interpretation cost the play more than it offered in fresh insights."

"...With a strong cast of actors in a relatively small space, it's impossible not to feel swept up in the heightened emotions of this play. Movement designed by Erin Kilmurray pulls off the impressive feat of feeling intensely violent while never literally depicting said violence. Actions are performed in the dark, under clothes, or parallel to where they would physically take place. Counterintuitively, this makes the violence feel more intense, as imaginations fill in the blanks left by the onstage action. The result is a short but powerful production."

"...Roston, returning to the Court after his stellar performers of Oedipus Rex & King Hedley II, is excellent as Othello and has developed into a prominent lead actor in Chicago. In the role of Othello performed by greats like Paul Robeson and James Earl Jones, we witness Roston bringing his impeccable ability to transform into any character. He always provides impressive performances, and he doesn't disappoint in his interpretation of Othello, the stoic but green-eyed general fooled by his standard-bearer."

"...This production, under the co-direction of Charles Newell and Gabrielle Randl-Bent, cut the three-hour play to one hundred minutes. Shakespeare seems to be getting shaved down all over town. On the night I saw the show, the action felt muddled at the start, in part because the actors who speak through their early lines quickly often were hard to understand and on occasion some seemed about to drop their lines. Those problems vanished as the play progressed and, as a whole, the production powerfully captures both the timeless and timely elements it aims for."

"...The story itself is one of extreme jealousies-of power, of property, of love. The script editing by Mr. Newell and Ms. Randle-Bent changes the focus of the story from one dominated by Iago's treachery to one that shapes Othello's foibles and weaknesses more succinctly. And Kelvin Roston, Jr.'s visceral, physical Othello spares no quarter in his difficult transformation from arrogant leader to suspicious lover to murderous husband and, finally, to his own demise. Mr. Roston shows us, in deep and short bursts, how the mind is deceived and how quickly he accepts such manipulation until he finally recognizes what he's done, and what has happened to him."