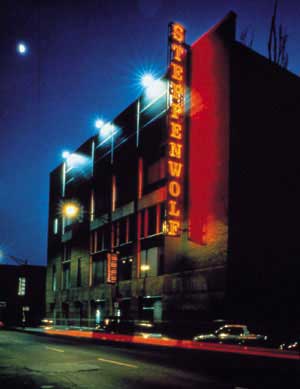 "...this show gets beyond that to explore how creativity can flow from isolation. I kept thinking that if only I didn't get spend my day in conversational inanity, I could get some real writing done. We could all learn from the Gibbons."

"...the case of twin sisters June and Jennifer Gibbons, whose traumatic move from Barbados to Wales left them locked in a bizarre pact by which they'd speak only to each other and no adults. They ultimately produced novels of disco-era teenage lust and rebellion. Though staged in irritating promenade style (more confusing than enhancing), the performances of Ashleigh LaThrop and Paige Collins as the sisters, are mesmerizing."

"...The entire cast is deft, but Paige Collins and Ashleigh LaThrop are something special as June and Jennifer, communicating their collusions and competitions, seductions and rejections, love and hate with a whole vocabulary of physicalizations (at least some of which they owe to Dan Stermer's very cool choreography). I hope Bockley and de Mayo will reconsider the promenade format they've adopted for this production. Although I understand its function as an alienation device, I experienced the gimmick of moving the audience around a divided spacehaving us stand here, sit there, or form a lineas a nuisance."

"...Collins and Ashleigh are wonderful, giggling and whispering in their room like teenage girls the world over up; silent, sullen and above all fearful whenever theyre forced to contend with the outside world. As their taunting, eerie classmates Kathryn Hribar and Teeny Lamothe are cruel and typical teens, shrill voices and nasal giggles evoking a thousand mean girls nightmares. (In real life, Jennifer and June were bullied so badly, their school allowed them to leave 5 minutes early, so as to get a head start on the kids who wanted to beat them up.)"

"...I found this play to be both hilarious and heart-wrenching, never boring, interactive but not awkward, and overall highly successful. The acting, particularly by Collins and LaThrop, was impeccable. I was impressed by how much emotion they were able to convey without ever making a sound, like in the scene where they are separated by their father and they thrash around in, on, and around their chairs, like ballerinas having painful-looking seizures or ants burning under a magnifying glass."

"...The staging suggests a more contained, grounded version of de Mayos 2008 work As Told by the Vivian Girls, which similarly attempted to get inside the head of an outsider artist. Set designer Grant Sabins sliding panels smartly reconfigure and guide us through the space. The uncanny Paige Collins and Ashleigh LaThrop lead a terrific ensemble; if de Mayo and Bockleys story ends a little abruptly, well, so did June and Jennifers."

"...Amongst all the chaos there is a fable waiting to be clarified. Id cut much of the unnecessary business and put the seats back so we can sit. Give us more of your sweet fable. As it plays now, it is only for theatre students and those with strong backs."

"...To say THE TWINS WOULD LIKE TO SAY is a theatrically refreshing 60 minutes would be an understatement. Aside from possibly Redmoon Theater, Dog & Pony knows how to manipulate a space -and an audience member's sense of awareness- like no other company I've experienced in Chicago. There are moments when the TWINS' abstract storytelling, wildly imaginative staging, and fully committed performances are great. Other times, they're even better."