My Name Is Inanna Reviews 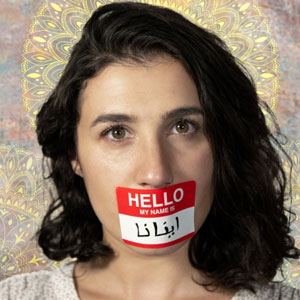 My Name Is Inanna

Red Tape Theatre at The Ready

"...The dualitywoman as both goddess and mortalpropels the themes of feminine resilience and rebirth that propel Red Tapes production, directed with unsparing intensity by Ali-Reza Mirsajadi. Time flits and jumps as the fractured narrative spins from 1953, when the CIA helped Irans military overthrow the sovereign nations democratically elected prime minister, Mohammad Mosaddegh, and install the Shah as supreme leader, to something approximating the present."

"...Playgoers viewing the dramatic action through a lens of international politics may busy themselves with identifying specific eras and locales referenced therein, as those of literary bent may ponder the author's extensive quoting of Jalal ad-Din Mohammad Rumi (the chief chroniclerand most erotic interpreterof the Inanna myth). These are activities for later pursuit, however, since the experience dominating the minutes spent in the intimate confines of Red Tape Theatre's storefront stage is that of engagement generated by a multimedia collage of instrumental and vocal music, ethnic dance, spoken-word poetry, pre-recorded documentary footage and ingenious real-time hand-held video feedall culminating in kaleidoscopic spectacle celebrating the eternal Inanna and showcasing the talents of the four-person ensemble led by Maryam Abdi."

"...Ali-Reza Mirsajadi is masterful in his direction, engaging every sense at once, melding live performance and technical elements to seamlessly curate each moment. In a show where there are no curtains and no blackouts, this production soars with crisp transitions, harmonious technical elements, and a rockstar ensemble made up of Nathaniel Andrew, Tamsen Glaser, and Yongwoo. The use of cameras within the performance is a brilliant touch that made me constantly question my perception of the ensembles presence as observers. Are they helpful or invasive? Are they helping to amplify Inanna, or passively watching her struggle?"