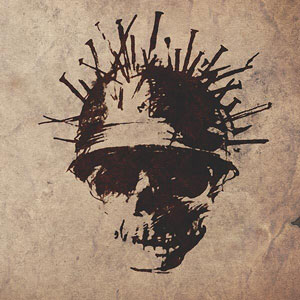 "...Craig Colclough, who plays the title role, is not so fortunate with his timing. The general scholarly view of this opera, which is presented here with every note of the revised 1865 version, aside from the ballet music, is that Verdi failed to musically translate Macbeths tragic trajectory; specifically, how compounding ambition corrodes his prior nobility. True, perhaps. But any veteran of a bushel of takes on the Scottish play knows that the source is similarly confounding in this regard. Banquo is a moral rock and he is sung as such here by Christian Van Horn. But the active/reactive dichotomy is the curse of anyone playing the Thane of Cawdor, incohesive at his core."

"...David McVicar's harrowing, witch-ridden production made its debut inside an auditorium that had been magnificently freshened. The hall's legendary gilding is still intact, of course, but all is soothed by the fresh balm of gently circulating air, plush new seats that are staggered for better sight lines, and serenely smooth, ankle-friendly carpets and aisles. All the better to be scared out of our wits by a brilliant opera of grand proportions."

"...Bass-baritone Craig Colclough makes an imposing Lyric debut as Macbeth. An anti-hero in heroic voice, Colclough imbues the morally shredded king with grand vocal prowess but at the same time a bruised soul and vulnerable mind. Just as the horrific act of murdering King Duncan in his sleep (a guest under their own roof) is a peak episode of Shakespeares play, Verdi also zooms in on this pivotal moment with music of gavanizing pitch and purpose. Here, Lady Macbeth  unsexed, to use her word  stuffs her husband with the dubious courage of villainy."

"...Macbeth isn't one of this reviewer's favorite stories, but this production comes as close as possible to winning his approval, if not his heart. It could be the opera's simple lack of romance, which could have been partly remedied by the inclusion of the Paris version's unique dance scenes. Nevertheless, this new Lyric production makes the unjustly neglected Paris version better known and opens the season on a relatively modest, yet hopeful note."

"...A new production of Verdi's powerful opera, Macbeth, debuted on Friday evening, September 17th, 2021. This particular production was a grand event filled with rousing jubilation, as it was the Lyric Opera's reopening to the public, the first in 18 months following the coronavirus pandemic shutdown. Speeches from the Lyric's president, general director and CEO, Anthony Freud, and chair, Sylvia Neil, were followed by an almost 10 minute round of applause to celebrate the return to live theater."

"...Verdi's adaptation is quite faithful; most experienced theatre-goers will hardly need the supertitles, and though they moved the time period to Verdi's, McVicar and his team have taken their inspiration from Shakespeare's text. Specifically, from Lady Macbeth's line in Shakespeare implying that she and her husband once had a child, but don't anymore. In Colclough and Sondra Radvanovsky's performances, grief and bitter envy toward other parents seethe in every line. Colclough has a strong vibrato and he sounds giddy when he first hears the witches prophecy; Macbeth's loping gait could be taken for exhaustion and adrenaline. It is when we see him get drunk at the ghostly banquet that we realize Macbeth is always drunk, and that Lady Macbeth long ago made propping him up her sole purpose."

"...This production stars the chorus and orchestra, and it is impossible not to consider Mazzolas energy and expertise as the driving force in this. Blacks chorus is always world-class, but here they chew the text with a new hunger, unsparing in their word-painting. There were times when the chorus was clearly a conglomerate of soloists, joined in telling a story in harmony, rather than a choir creating merely a homogenous sound. This chorus-mob was living the text. The orchestra seemed to play full-out, yet never covered the singers, which can be a challenge in this opera house."

"...Shakespeare's Macbeth, either taken straight or by way of Verdi, seems like one of those pieces where, if you just plug the right people into the right parts and let them do their thing, everything clicks. At the very least, it's difficult to make a mess of blood and thunder, and David McVicar's brand-spanking-new production at the Lyric Opera serves up both quite neatly - in no small part thanks to Enrique Mazzola's live-and-in-person debut on the rostrum - and the whole package should prove popular."

"...The performances are more memorable than the staging in a production directed by Sir David McVicar. Much of the action takes place in an austere church, and there is little sense of place for the Macbeths' castle. It also took several minutes between acts to execute set changes behind the curtain, which resulted in some chatter among audience members. There also were some cryptic plot wrinkles, revolving around three child-apparitions who appear in key scenes of the opera, that were never clearly explained."

"...Because Shakespeare's Macbeth is so well-known, we can follow the action and take in the spectacle with nary a passing glance at the program book synopsis. It's one of many reasons why Lyric's production of Verdi's Macbeth is likely a good match for both opera diehard and newbie alike."