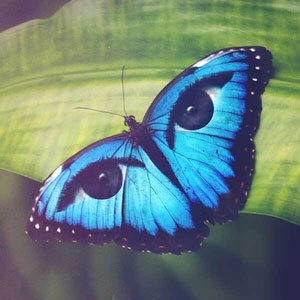 "...A strong ensemble cast is led by mezzo-soprano Deborah Nansteel and baritone Levi Hernandez as Paula and Alvaro, a middle-aged couple thoroughly disenchanted with each other, and their counterparts, soprano Gabriella Reyes and tenor Mario Rojas as Rosalba and Arcadio, a young couple tempted by, but terrified of, serious romance. Their card-playing quartet is a classic set-piece that starts as an amiable get-together and ends in a double hiccup of hesitation and reversal, played smartly and with no little humor by all involved."

Chicago On the Aisle- Recommended

"...Librettist Marcela Fuentes-Berain, inspired by the magical realism of Colombian author Gabriel García Márquez (winner of the 1982 Nobel Prize for Literature), has fashioned a narrative that brings together seemingly random passengers on a steamboat headed deep into the jungle for the old Brazilian city of Manaus. They are united in hope of hearing the world famous opera diva Florencia Grimaldi. And she, traveling incognito, is among them. But the singer has an ulterior and more compelling reason for making the trip: a consuming wish to reconnect with her long-separated lover, whom she left to conquer the worlds opera stages  while he devoted himself to an exotic life of his own, as hunter of butterflies."

"...If you didn't know music can sound humid, you will after Florencia en el Amazonas. The 1996 opera by Daniel Catan makes its Amazon setting the central aspect of a plot that is original but inspired by the mystical literary style of Gabriel Garcia Marquez. It's easily one of the most popular modern operas, and now it has become the first Spanish-language opera to be given a full production as part of the Lyric's main season. Set on a riverboat in the early twentieth century, the show is a character study of the small band of passengers and crew, each of whom are lost in their own way until being transformed in the steamy waters."

"...Florencia en el Amazonas (Florencia in the Amazon), the first Spanish language opera to be performed on the Lyric Opera mainstage, is pure magic on every count. A seamless blend of glorious music, richly evocative and often poetic lyrics, dance-driven myth, waterborne dreams and nightmares, and classic heartbreak, it also pays homage to the magical realism vision of life captured so unforgettably in the novels of the Nobel Prize-winning Colombian writer, Gabriel Garcia Marquez."

"...The Lyric Opera's production of Florencia en el Amazonas is an artfully produced spectacle - a feast for the eyes. An arduous journey through the jungle is mirrored by a score dedicated to the same, constant flow of the river by which the boat travels: a blanket of romantic sound for the ears. Feats of theatrical engineering make Florencia en el Amazonas are labors of love that combine magic and reality into one grand composition, ever-constant, ever in motion."

"...Even though you'll remain in your seat for the just-over-two-hour running time of Lyric Opera's Florencia En El Amazonas, you'll feel as if you yourself have been on Florencia's love-fueled journey down the Amazon River by the time you're rushing to join the standing ovation for soprano Ana María Martínez."