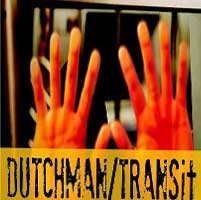 "..."TRANSit" has a lot of intensity and scattershot energy from a talented young cast and the benefit of rich and authoritative work by Manny Buckley in the central role. But the overall shape of the show, which feels like it was profound in conception but rushed in execution, still needs work. Surely, this has to be not just a individual subway ride but a symbolic voyage linked to all journeys, all shifts between space, all collisions of the private and public. It yet needs to find its sense of inevitability. Perhaps that need would feel less acute were this promising piece of writing not paired with "Dutchman," a play so singularly imbued with the primal and the mythic, but that's the intimidating, high-stakes pairing that was chosen. And for good reason."

"...And, like the early Malcolm, a talented provocateur. Now running in an American Blues Theater revival, on a double bill with Darren Canady's new TRANSit, Dutchman takes one of the foundational myths of Western civilization and throws it back in Western civilization's damn face."

"...This approach ensures that by the time physical violence breaks out, the emotional tension has escalated to a level designed to leave us so numb with shock that we can almost overlook the irony of our conspicuously racial/sexual/economically diverse audience bearing witness, together, in the Greenhouse's smallest studio, to the assertion that multicultural harmony is unachievable."

"...Both TRANSit and Dutchman cannot be watched passively, nor can they be reviewed entirely from an impersonal distance. They demand your active participation, and thats perhaps the highest praise that can be afforded to any piece of theater. I write this as a white woman, knowing that much of Barakas play will resonate differently with people of color, and knowing that others wont struggle with the gender issues in that play as I will."

"...These two companion one-acts are riveting, explosive and truthful as simmering racial (and gender) rage explode today as it did in the 1960s. Both works will upset and get audiences aware of the cancer of racism and gender hatred that eats away at our society. Dramatizing can be the first step toward a solution  hopefully. See these two powerful one-acts."

"...Leave it to American Blues Theater to bring us a special offering that deals with topics of the day. Anyone who reads the newspaper ( those are those paper products that relate the stories that we catch on TV, but with greater details) knows of the situations involving the Black/White situations as well as the new topic dealing with gender/benders (or trans-genders). The two one act plays now on the stage at The Greenhouse Theater 2 (this is the first floor studio that seats about 52 patrons),Dutchman and Transit take us into the depths of these types of characters and stories as we ride along the New York Transit System during a period that spans 50 years ( or so we are told)."

"...TRANSit is the perfect juxtaposition to Dutchman. Canady said that in order to write the Dutchman for a new generation, he had to locate the same rage Baraka felt in 1964. As a result, Canady wrote a strikingly moving piece on the plight of transwomen of color with the illuminating direction by Lisa Porte."

"...The setup for Dutchman is a remarkably simple one. Its the early 60s, and Clay (Michael Pogue), a twentysomething Black professional from New Jersey, is riding the New York subway to join some friends at a party. En route, he is joined in his subway car by Lula (Amanda Drinkall), a deeply mysterious (and deeply erratic) white woman who takes an immediate liking to Clay. Consuming apples in a highly sexual, allegorical fashion, Lula comes on strong to Clay as she alternates between telling seductive fortunes and making bold physical advances. Initially shy and polite to her efforts, Clay eventually warms to Lulas flirting, though his jouissance is short lived  after her seduction abruptly turns to crude racial insults and mockery, Clay responds in kind, aggressively calling out Lulus (and really, white Americas) ignorance on Black culture and expressing profound resentment towards the countrys"